Crowdfunding for development and climate finance 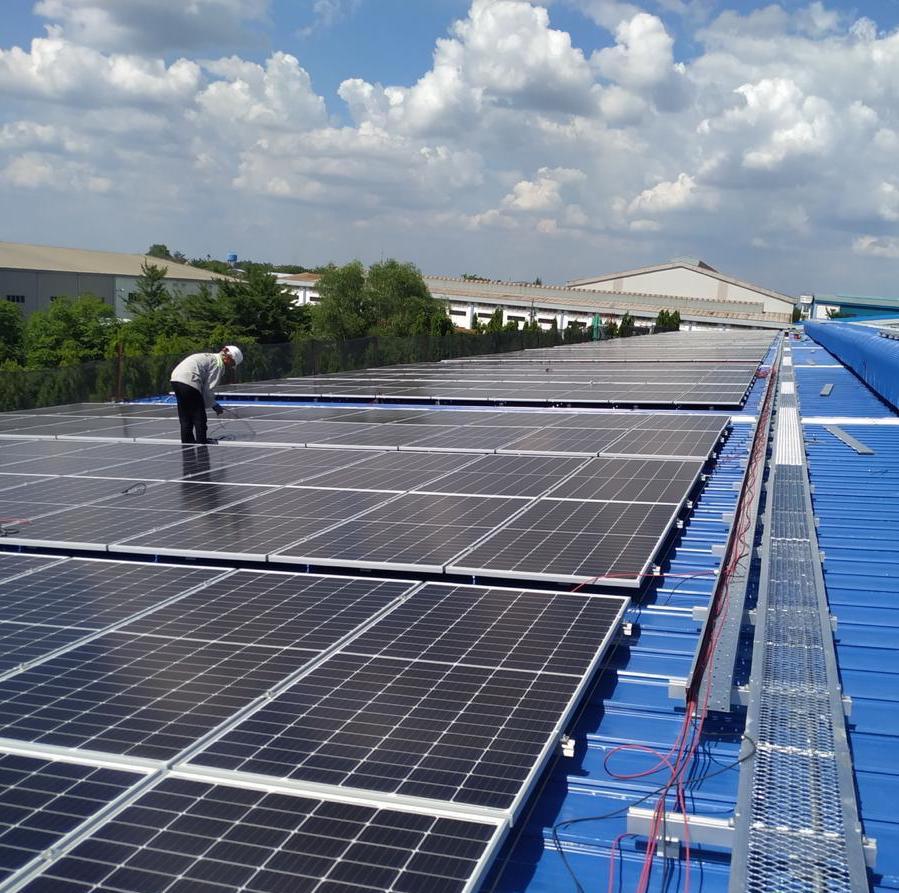 Since Kiva introduction of the ‘Green Project’ category in 2012, crowdfunding has taken root in the realm sustainable investments and climate finance. Globalfields has been investing in corporate bonds and equity via crowdfunding platforms focused on renewable energy generation for the past year. We see crowdfunding in this space as a meaningful and complementary tool to traditional finance. It allows for the financing of technically and commercially viable projects, yet too small in volume to be considered by multilateral banks or larger investment funds.

Crowdfunding is an alternative source of funding for new ventures where investments from companies and individuals (rather than institutional investors) are pooled together. As an investment tool, crowdfunding is growing in popularity. In 2019, the crowdfunding market size accounted for over USD100 billion in equity, a figure that is expected to grow over the next 5 years. By 2024, it is expected to reach USD250billion, resulting in a compound annual growth rate of 20.11%.

Common platforms include Kickstarter, Indiegogo, Crowdcube, Lending Club, Syndicateroom, Crowdinvest and FundingCircle. Kiva is the largest platform in the international development field, channelling over USD400 million from about 900,000 micro-lenders (largely fromOECD countries) to over a million micro-borrowers in developing countries.Using these platforms, project initiators can advertise their project online, capital providers can browse through and select the project they would like to contribute to.

Crowdfunding for development and climate finance

Crowdfunding has been used for development finance since 2005, focusing particularly on micro-finance for poverty reduction and expanding gradually to financing small and start-up businesses, and equity funding.More recently, however – specifically since Kiva introduced a ‘Green Project’ category in 2012 –crowdfunding has taken root in the realm sustainable investments and climate finance. Climate change is now a project theme across most crowdfunding platforms, and there are numerous crowdfunding platforms that are now specifically dedicated to climate change solutions. Crowdfunding initiatives for climate change have also taken more innovative forms. For example, Triodos Bank, a leading sustainable bank, established a dedicated ethical crowdfunding investment page. This provides potential crowd-funders with a platform to explore investment opportunities in the realm of social and environmental change. Another example is Ecoligo, which uses crowd-investing to finance its clean energy projects (in particular, solar) for businesses in emerging markets.

Globalfields has been investing in corporate bonds and equity via crowdfunding platforms focused on renewable energy generation for the past year. Our first investment was in early 2019 in ‘Linton Hydro’,a hydropower project in the United Kingdom. We have since invested in a series of solar projects globally, these include: ‘Fairafric Solar Installation’ in Ghana, ‘Swiss Travel Uruca’ in Costa Rica, ‘Dong Nam Viet Packaging’ and ‘Thein NamElevator’ in Vietnam, and ‘Rift ValleyRoses Floating Solar’ in Kenya. Combined, these account for a total of 2542 kilowatts (kW) of installed energy and 5516.3 megawatt hours (MWh) per year. In 2020, a further investment was made in Thailand Xcellent for solar installation in industrial warehousing.

We see crowdfunding in the green finance and business sustainability space as a meaningful and complementary tool to traditional finance. More than that, it allows for the financing of technically and commercially viable projects that are too small in volume to be considered by multilateral banks or larger investment funds. Crowdfunding for climate finance also holds the potential of ‘democratising’ the green movement by increasing awareness and encouraging public participation in the realm of sustainable investment.

Historically, the market was largely concentrated in Europe and the US. However, the recent tech boom in China has catapulted it into the largest crowdfunding market in the world, accounting for 70.7% of the global market share.This makes up 99% of crowdfunding coming from Asia Pacific as a whole, with other countries in the region – Indonesia, Australia, Japan, South Korea,India, Singapore and New Zealand – comprising a total crowdfunding volume ofUSD6.12 billion, approximately 2% of the global market share. That said, the region as a whole is experiencing a strong yearly growth rate of 69.7%. Crowdfunding has taken root in parts of Africa, with Zambia, Kenya and SouthAfrica funding yearly volumes of USD40 million, USD35 million and USD27 million respectively in 2018. Nonetheless, the region is amongst the lowest performing, accounting for less than 0.5% of global crowdfunding activity. That said, the World Bank predicts a USD96 billion crowdfunding to emerge in the developing world by 2025.

Can crowdfunding be an enabler of climate finance?

Using crowdfunding in this context has the potential to address key challenges in climate finance, notably: deploying sufficient amounts of climate finance quickly enough to address the climate threat and ensuring access (to finance) to the most vulnerable. At present, many smallholder farmers and micro-borrowers amongst the rural and urban poor in developing countries who are in greatest need of climate finance to mitigate and adapt to the effects of climate change lack access to traditional credit and loans. This alternative finance, rather than representing a disruption or a competition to larger banks, can instead become a niche for small-to medium enterprises.

Crowdfunding can help mitigate against riskier credit profiles as it can help overcome the initial financing gap by giving small, individual (retail) investors the opportunity to get involved in a form of investing that would otherwise be inaccessible due to the large amount of investment and due diligence required. Literature also suggests that crowdfunding is an ideal avenue to support ‘green’ projects aimed at reducing greenhouse gasses and climate resilience because projects with social or non-profit objectives tend to have a higher chance of receiving financing for a crowd.This can also help diversify the sources of climate finance and mobilise greater private sector engagement, thereby potentially increasing the amount of financing available. Further, crowdfunding may give project initiators quicker access to funding, in turn accelerating the flow of climate finance to match the urgency of the climate threat.

In addition to redressing some of the challenges in climate finances and presenting benefits to the funding recipients, crowdfunding for climate finance also holds the potential of ‘democratising’ the green movement by increasing awareness and encouraging public participation in the realm of sustainable investment.

Crowdfunding can play a role in moving towards a more sustainable and environmentally friendly society as citizens take responsibility to do their part in achieving climate targets. It is immediate and tangible.