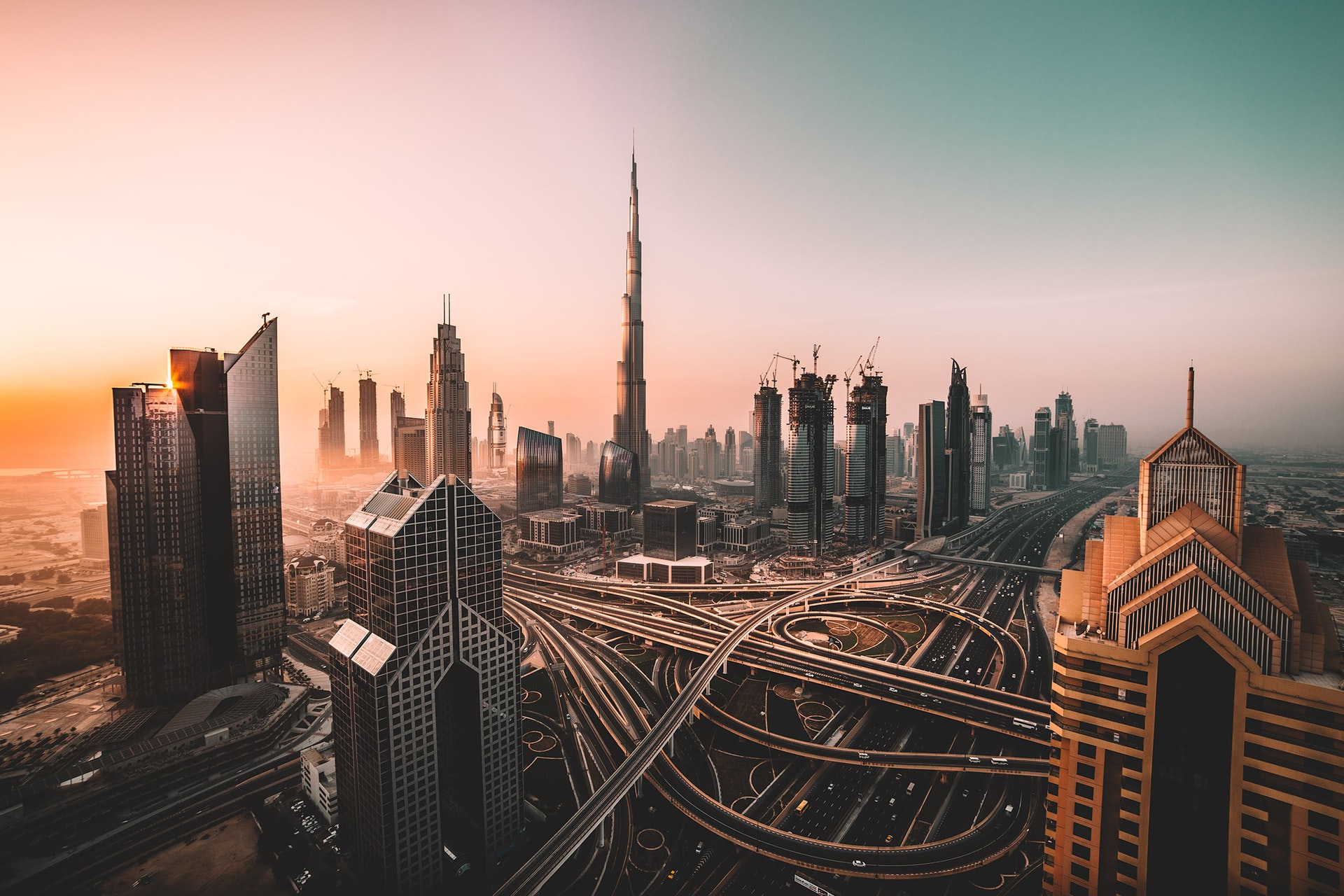 As the need for adaptation and mitigation strategies at the urban level becomes more urgent, proposals for smart cities are growing in popularity across the developed as well as the developing world. But what exactly are smart cities? And what do they mean for the future of investing in infrastructure to support climate change mitigation and adaptation? Are they and can they be green or are smart cities mere rubber stamps for ‘sustainable’ development, while in reality, they are just business as usual?

Adaptation to climate change refers to solutions that address the impacts of climate change and thereby reduce a city’s vulnerability to its effects. These include infrastructure projects to prevent or reduce the impacts of floods or vertical gardening to address heightened food insecurity. Mitigation investments on the other hand aim to address the causes of climate change, most notably, carbon dioxide (CO2), HFC, and methane emissions. Smart, sustainable, cities are an attempt at this. The International Telecommunication Union defines a smart city as an innovative city that uses Information, Communication and Technologies (ICTs) and other means of digital technology to improve the quality of life, the efficiency of urban operations, services and competitiveness whilst ensuring these developments meet the needs of present and future generations in economic, social and environmental terms. In short, digital technologies are incorporated in to core urban infrastructural systems, ranging from transport, energy, water and sewage systems to schools, enterprises and public spaces and services to improve cost efficiency and performance. But how exactly does this efficiency translate into a reduction of CO2 emissions or a reduction of risk from the effects of climate change? How is resilience to climate change built into digital urbanisation? And finally, in which ways does ‘smart’ equate to ‘green’?

While it is tempting to assume so, it is important to note that smart cities are not by definition green, in that their principle objective relates to process efficiency and not necessarily sustainable and low-carbon development. However, if structured through a multidisciplinary, localised approach, with environmental sustainability in mind, smart cities and their enhanced process efficiency can act as a significant mitigation strategy for the effects of climate change and can help overcome the limitations of traditional urbanisation. This means taking into account insights from a wide array of experts – specialising in environmental sciences, engineering, accounting, the social sciences, business, computer science, maths – to allow for the development and implementation of holistic proposals. It also relies on context-specific solutions that consult a range of key stakeholders, the citizens in particular, and consider the “urban metabolism” of the city at hand: how the city produces, transforms and consumes materials, capital and resources, and how it enables citizens to move and live.

Altogether, such a holistic approach has the potential to encourage technological efficiency to feed into environmental sustainability and sustainable economic growth. If well planned and implemented, for example, energy efficiency investments can contribute to an increase in real GDP via energy cost savings and lead to an overall reduction of fossil fuel use and thus reduced emissions. In fact, in 2012 the Grantham Institute at the LSE estimated that  rapid scaling up implementation of energy efficiency solutions in domestic buildings in the UK has the potential to reduce annual CO2 emissions from British homes by 17 million tonnes by 2020. Nevertheless, this opportunity was largely missed due to failure to pursue many of the suggested policies, which mostly included simple measures, like increasing insulation or double glazing, but also through smart initiatives that use digital technologies to track and manage consumption (e.g. smart-metering).  Smart metering can allow citizens to time their energy consumption for major loads, such as laundry or charging an electric car, to times with low energy cost and/or low CO2 emissions in the power system.

Similarly, more efficient public transport services can facilitate a reduced reliance on private cars, a major source of local air pollution that also currently accounts for 12% of the EU’s total CO2 emissions. Singapore’s Intelligent Transport System (ITS), for example, uses smart technologies to provide real time traffic information and includes an expressway monitoring and advisory system that has helped manage transport routes and in turn improve the efficiency and punctuality of public transport. This has enabled Singapore to become one of the least congested major cities at global level.

South Korea has also embarked on a number of smart and sustainable city initiatives. Busan and Paju have plans to become green U-Cities (ubiquitous cities) which use the cloud network as critical infrastructure to integrate and connect its healthcare, transport and security systems to deliver on-demand services. The city of Songdo was built from scratch by the government as a smart U-city, and contains one of the world’s largest integrated urban operation centres that includes traffic systems, disaster prevents and pollution control. On a smaller scale, Gwangju and Yongyim are respectively adopting a smart power grid system and a water quality assessment system to detect pollution.

Nevertheless, this is in a way exactly where a key problem of smart cities lies – moving from monitoring to action. Sophisticated monitoring and reporting does not translate into pollution or greenhouse-gas emission reduction, or indeed improved traffic flows. While monitoring and verifications tools are crucial starting points, digital sophistication needs to be accompanied by decisions for positive actions which in turn can lead to concrete emissions reduction measures. Those include policies to control and minimise volatile particulate matter (PM2.5, PM10) originating from nearby coal plants and from local transportation, regulation to promote clean energy generation, measures to enhance energy efficiency and e-transportation, as well as dedicated financial mechanisms (such as funds, financing platforms, grants or incentives) to finance this green energy transition. In the case of traffic, enforcement action is crucial.

These ‘smart’ initiatives come with challenges for developing countries, particularly pertaining to lack of data and data collection systems, weak research capacity, and weak management capacity, a number of smart solutions are popping up in and around African and South-east Asian cities.

A 2016 Deloitte report argued that African cities are ideal for the adoption of smart cities technologies for a number of reasons. Firstly, there is potential for African cities to leapfrog cities in OECD countries. For example, many currently lack  extensive telecommunications networks, meaning that they can install the newest available ICT necessary without having to account for the costs of removing existing technologies and systems in their entirety, or integrating new technology with them. Secondly, the continent has a large population under 25 years of age who is more likely to adopt technology and encourage innovation. In fact, Rwanda, Tanzania, Kenya and Mozambique have all launched smart city developments of their own: the project to modernise Kigali as part of Rwanda’s vision 2020; Kigamboni’s eco-city plan to relieve Dar Es Salaam of congestion and land shortages, Nairobi’s Garden city initiative, which has helped cut down the country’s annual carbon emissions by 745 tonnes – small beginnings, but with a big potential, and the Mozambique government-lead initiative to use mobile apps to crowdsource information on where rubbish is located across Maputo to ameliorate the city’s waste management.

Comparable developments are occurring in the cities of Southeast Asia’s developing nations. For instance, Ho Chi Minh, Danang and Hanoi are all part of the Vietnamese government’s urban green growth development plan and its smart city strategy and are amongst the 26 cities in ASEAN  named as pilot cities for the ASEAN Smart Cities Network, a collaborative platform for ASEAN cities to collaborate toward smart and sustainable urban development.

Smart cities can be an effective mitigation strategy for both the developed and developing world if planned and implemented with the wellbeing of the environment and its citizens in mind. The developing world, especially, has a unique opportunity to embrace new, innovative technologies without the economic burden of causing the early obsolescence of the current technologies. Nevertheless, this needs to be done with careful consideration to prevent the entrenchment of unsustainable technologies into a city’s core infrastructure. Furthermore, the features of a smart city need to be rendered accessible in order to avoid exacerbating inequalities and excluding of a segment of society from its benefits. Despite all this, making our cities smart and green means urbanising with the goal of maximising efficiency – whether it be cost efficiency, energy efficiency, transport efficiency or waste efficiency – and adhering to sustainable development goals. This can reduce our emissions, drive innovation and encourage (green) economic growth.