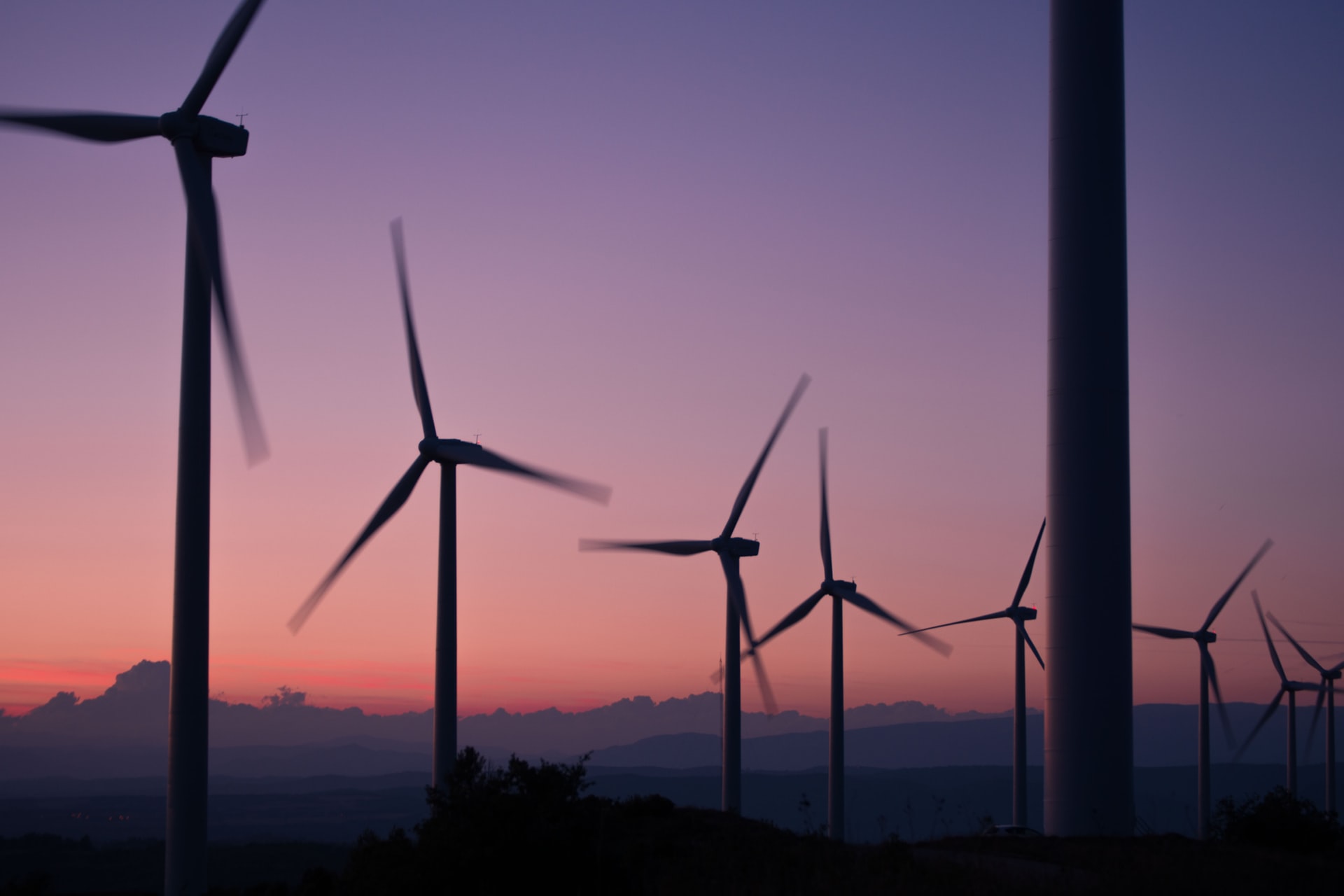 Climate risk poses a major threat to the stability of financial markets because it threatens the viability of current business models and therefore future revenue streams on which company valuations are based. Current work in climate risk disclosure and ESG reporting is providing us with crucial tools and information to understand the extent of this risk better. The debate needs to move forward, towards concrete actions that will shift capital towards low-carbon, inclusive and sustainable investment. Mitigating the risks laid out as a result of the disclosure work in both the public and private sector can thus unlock investment opportunities in the financial sectors.

Considerations on the stability of financial markets need to be fully integrated with the assessment of risks to the natural world. The sustainability of the Earth system calls for a new investment paradigm that sees the continued development of human societies in harmony with nature, and for humanity to live within the boundaries set by nature and its functions rather than separate from them.

On Friday 10 May UNEP FI launched their new report, titled “Changing Course”, with the launch hosted by Aviva at their headquarters in the City of London.

The report has been a collaboration by UNEP-FI with eleven institutional investors in the banking, financial and insurance industries, and it provides guidance and methodologies to help track the transition and physical risks posed by climate change on existing assets.

This critical piece of work further underscores that the costs of inaction will be higher than the price of taking action now to finance the mitigation activities required to reduce greenhouse gas emissions into the atmosphere rapidly. While we have a massive task in front of us to shift billions (trillions?) of capital flows towards green finance, we also have an excellent opportunity to shape this transition, to ‘change the course’ we are currently on towards a new, low-carbon and sustainable development course.

What are the issues in the debate we are still battling on?

Can the financial sector divest its way out of carbon? How do we align short term financial incentives with the need to ensure long term impacts in our work in mitigation and adaptation to climate change?

According to Forbes, the global fossil fuel divestment movement reached USD 6 trillion in 2018, which is 120 times as much as four years ago. For recipients of capital flows that conduct their business in fossil fuels, considering the divestment movement a serious risk appears to enhance the opportunity for low carbon investments. Large companies such as BP, Total and Eni have recently stepped up their investments in renewable energy production and electric vehicle infrastructure, for example. Ongoing lawsuits targeting the oil and gas industry globally have created further incentives for large asset owners (such as insurers) to start moving away from fossil fuels, due to their exposure. The pressure on institutional investors is emanating from the need to ensure profit for their clients while these same clients are increasingly demanding to know where their money is invested, and that those investments are consistent with low carbon and sustainable pathways. Disclosure tools, climate risk analyses and enhanced performance metrics can empower this move by clients towards “greener” choices. Models such as those presented by ethical and impact investors (see for example GLS Bank in the Global Report prepared by Marta Simonetti for GIZ) reaffirm that environmental and social sustainability investments can be profitable businesses as well.

The Taskforce on climate disclosure is doing an important job in supporting the banking, financial and insurance sector in better understanding transition and physical risk. Yet, once we have signposted the risks, how do we deal we them?

Public disclosure represents a first step in understanding climate risks and their role in the stability of the financial sector. As a consequence of disclosure, shifting demand in mature markets can support divestment from fossil fuels. In this area, insurers were among the earliest voices warning about the risks of climate change. Since 2015, 17 large international insurers have divested about USD 30 billion from coal companies. In Europe, the largest insurers, including Aviva, Allianz, Axa, Zurich and Swiss Re have taken steps in the right direction, towards increasing investments in low carbon and/ or in restricting insurance cover for investment in the coal industry.

As regards pension funds, reports from the Asset Owners Disclosure Project show that more than 60% of the world’s largest public pension funds have little or no strategy on climate change. While on the one hand this could put them in danger of breaching their legal duties, on the other it shows the potential for further action by large-scale investors as the investment climate for fossil fuel activities further shifts, and enhanced climate risk disclosure provides these institutional investors with the ability to reassess their risk exposure to fossil fuels. While several northern-European pension funds have laid out robust approaches to move towards low carbon investments, globally fewer than 1% of assets of the world’s largest 100 pension funds are invested in low-carbon solutions, and only 10% of assessed pension funds have the policy to exclude coal from their investment portfolio.

What tools do we have in place to ensure that we can move from climate risk disclosure to designing and implementing ‘green’ funds, programs and projects that support a faster decarbonisation of global economies, while also protecting natural landscapes?

In developed countries, climate and energy policy and regulation are crucial drivers of the energy transition. Alignment of targets with conducive regulation and – in some cases – with the right financial incentives to trigger a shift in markets towards the right direction, can result in a faster uptake of ‘green’ solutions at corporate as well as at retail level. In addition,  robust strategies and consistent infrastructural investments have shown that it is possible to decarbonise economies while also ensuring GDP growth.

For example, the UK remains the top performer amidst the G20 for its long-term decarbonisation rate since 2000. In 2017, emissions fell by 2.9% and by 4.7% in 2018, as coal and gas consumption fell while oil consumption remained constant. These fossil fuels were replaced with renewable generation and there was also a marginal reduction in energy use. On 22 April 2017, Britain went a full day without using coal to generate electricity for the first time since 1882, and in early May 2019, it managed for a whole week.

In developing countries on the other hand, alongside policy and regulatory interventions, the provision of blended and concessional finance can ensure the right combination of private and public interventions in flexible financing structures. Depending on the country’s needs, these can be designed to absorb additional investment cost and transition risks, address specific barriers to investments, ultimately with a view to lower the cost of investments to open up markets which may have previously been too risky for commercial players alone.

In our conversations about climate risk, reporting and disclosure, and even on low carbon pathways, we often forget to detail the risks to nature.

The interaction between landscapes, animals, and humans is ultimately a balance that needs to be upheld. There is now however mounting evidence that human activities are negatively affecting the Earth system, unbalancing it, with unforeseeable and irreversible consequences, unless rapid action is taken. A recent report on biodiversity sets this out in chilling detail.

Human population growth, the exploitation of natural resources, shifts in agricultural practices and the use of insecticides, alongside rapid urbanisation have degraded landscapes, drastically reduced biodiversity, and caused humanity to live very close or beyond the planetary boundaries, i.e. the environmental limits within which humanity can safely operate over the long term. The term ‘Anthropocene’ (the new human era) has now become popularised to testify towards the ever-growing role of human action – and destruction – within the Earth’s ecosystems.

In the debate and research on climate risk disclosure, the resilience of the Earth system becomes a crucial component in the equation between the stability of financial markets and the sustainability of the Earth system. We are in interconnected systems, where humanity needs to live within nature and its functions, rather than in opposition or separately from them.