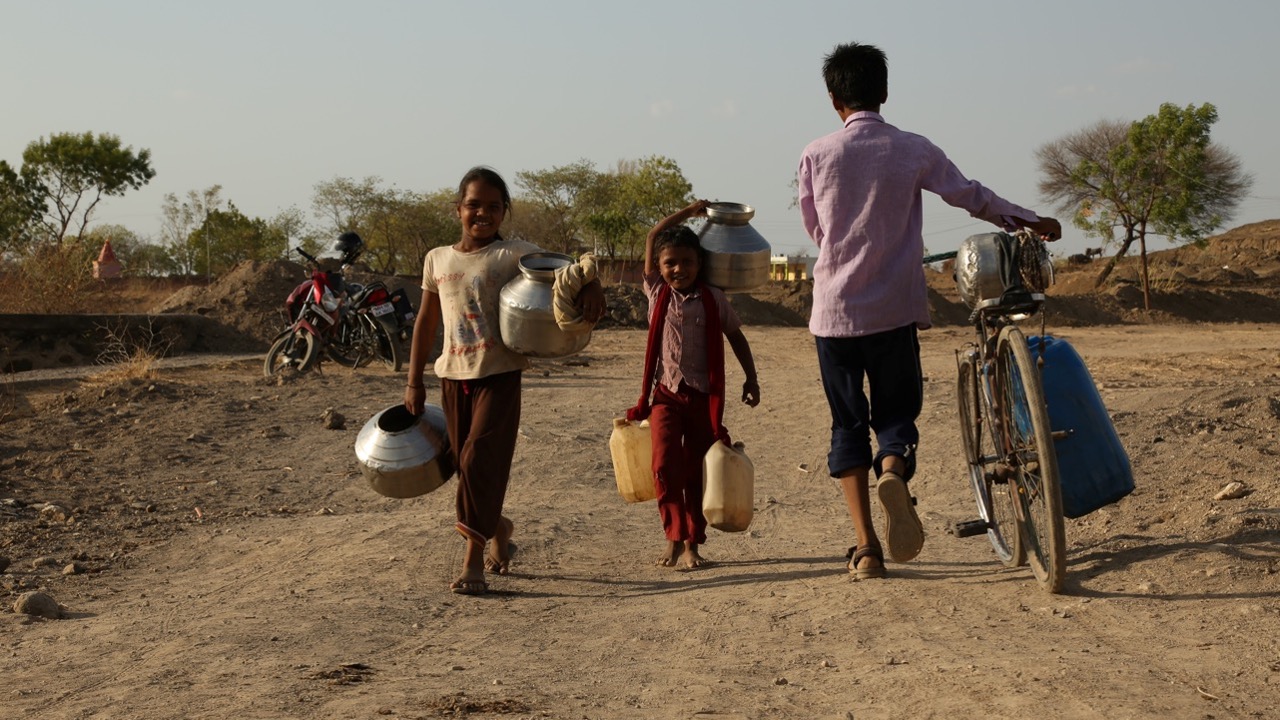 It’s Earth Day and as the war against Ukraine continues unabated, we need to think about the issue of keeping the integrity of our planet in a context of armed conflict.

There is a clear link between climate change and conflict.

·      Firstly, any war – whether a single attack or a protracted conflict - degrades the living conditions of populations by significantly impacting and polluting the nearby environment. Critical infrastructure is severely damaged or destroyed, soil is contaminated, waters are polluted, and biodiversity is critically harmed. Preparations, testing, production, maintenance and then actual use of weapons and  military operations will generate large quantities of toxic substances and leave unexploded ordnance which will continue to harm people and prevent or delay remediation work. Waste from weapons, including low-level depleted Uranium, will permanently damage natural resources. This level of environmental degradation further weakens people's potential to restore their livelihoods and thus their ability to adapt to climate change. The impact of wars on the environment have unfortunately become widely documented: Ukraine as we write, but also Afghanistan, Korea, Sierra Leone, Syria, Vietnam… the list is long.

·      Secondly, climate change acts as a threat multiplier. For example, the negative effect of climate change and global warning on the land such as the loss of fertility, soil degradation, and water scarcity affect people’s livelihoods in unprecedented ways, causing populations to enter disputes over land, water and access to natural resources. Large displacements of people –because climate change and global warming have critically altered the conditions on their lands, or because of armed conflict in those same territories – further exacerbate and spread these threats to security and peace. This has recently been recognised by the UN Security Council, for example in their 2015 meeting “to better identify the inter-connected threats to international peace and security related to ClimateChange”. As Mark Patrick Nevitt explains in his article, Environmental law, climate change and national security[i],climate change is not only seen as an environmental threat but ''it is also a complex and multifaceted national security threat''.

Conflict and climate change both adversely affect those who are already disadvantaged and with less capacity to adapt or move or find alternatives. As an example, 60 percent of the 20 countries considered to be the most vulnerable to climate change by the ND-Gain Index (a tool summarising a country’s vulnerabilities to climate change and other global challenges in combination with its readiness to improve resilience)[ii]are also affected by armed conflict. Furthermore, a number of countries with ongoing food crises experienced the double burden of conflict and climate shocks in 2017.[iii]Overall, people living in conflict zones are among the most exposed to the climate crisis and often the most neglected by climate action. They also lack critical infrastructure, including access to clean energy, access to productive energy for economic activities, or climate-smart irrigation practices.

During an armed conflict, International Humanitarian Law (IHL) does apply, with clear principles in place to protect civilians and the environment. The general provisions on the conduct of hostilities apply to the environment. As explained in an article in the Nordic Journal of International Law: The Protection of the Natural Environment in Armed Conflict - Existing Rules and Need for FurtherLegal Protection [iv]‘’ The natural environment is generally either explicitly or implicitly recognised as a civilian object. It therefore benefits from the corresponding protections under IHL, in particular the principles of distinction, proportionality and precaution. As a consequence of the natural environment qualifying as civilian object, no part of it may be attacked, unless it is a military objective.’’ Unfortunately,we can see right these days and very visually that IHL is quickly put aside.

Scaling up the responses from international organisations

Recently, we participated in a seminar organised by the University of Oxford and the Centre for Historical Analysis and Conflict Research (CHACR) on Climate change & (in)security: trends, lessons, challenges.[vi] The different panels highlighted the effects that climate change can have on human geography and politics across the world, but also the insecurities created by climate change and how it can impact and trigger ongoing and new humanitarian crises.

The impacts are widely understood, and several organisations are in place to deal with the humanitarian emergencies (food security, medical, educational) that ensue from conflict. However, despite the acute needs described above, climate finance that specifically targets the causes and consequences of conflict remains limited. This is in part due to the rapidly evolving nature of crises which in turn request urgent humanitarian responses. From personal experience it is clear to us that these do not align well with slower approval and project cycles in multilateral organisations. Pledging money is straightforward – getting it to where it is needed is the hard part.

In part, this is also because the relationship between climate and conflict still needs to translate into decision-making and planning processes, and then KPIs for the responding organisations. Nowadays, while slowly and gradually improving, international organisations working specifically on conflict are severely underrepresented in international climate and environmental funds. Therefore, there is scope for a global approach and an opportunity to scale up dedicated blended finance for mitigation, adaptation as well as cross cutting activities that also have environmental and biodiversity benefits in post-conflict environments which have to be geared to support the resilience of people, their livelihoods and the ecosystems while enabling rebuilding better.

At Globalfields, we have begun working with both humanitarian organisations to support them in climate finance strategies as well as in reconstruction, rehabilitation and clean up (Ukraine). This work is critically needed. If you are entering the field of climate change as a young professional, consider working on the boundary of conflict and climate. There is an urgent need for capacity.